Homeopathy, often known as homeopathy or homeopath, is an alternative medical system that is based on pseudoscience. Samuel Hahnemann, a German physician, devised it in 1796. Its practitioners, known as homeopaths, believe that a chemical that produces illness symptoms in healthy individuals can cure comparable symptoms in sick people; this idea is known as similia similibus curentur, or “like heals like.” Homeopathic medicines are known as remedies, and they are created via the use of homeopathic dilution. The targeted material is continually diluted in this procedure until the final result is chemically indistinguishable from the diluents. It is common for not even a single molecule of the parent ingredient to remain in the result.

Homeopathy is an alternative medicine that works on the principle of treating ‘like with like.’ Homeopathy purports to encourage therapeutic responses to illnesses by giving healthy individuals chemicals that resemble the symptoms of certain ailments. Within medical research, the efficacy of homeopathic treatments is debatable.

Homeopathy in the 21st century:

Since the beginning of the 21st century, a number of meta-analyses have demonstrated that homeopathy’s medicinal claims lack a scientific basis. Many governments have reduced or suspended financing as a result of this. For example, the Science and Technology Committee of the United Kingdom House of Commons suggested in a 2010 report that homeopathy should no longer receive National Health Service (NHS) funding due to its lack of scientific credibility; NHS funding for homeopathy was withdrawn in 2017. They also requested that the UK Department of Health add homeopathic treatments to the list of prohibited prescription goods.

How did it become famous?

Homeopathy was first introduced in India in the early nineteenth century. It started in Bengal and swiftly spread throughout India. Initially, the method was widely used by amateurs in the civil and military forces. The first Indian to pursue homeopathy was Mahendra Lal Sircar. Following Sircar’s example, a lot of allopathic physicians began practicing homeopathy. The first homeopathic medical institution, the ‘Calcutta Homeopathic Medical College,’ was founded in 1881. This institute played a significant role in popularizing homeopathy in India. The Indian government recognized homeopathy as a national system of medicine in 1973, and the Central Council of Homeopathy (CCH) was founded to oversee its teaching and practice. In India, only qualified registered homeopaths may now practice homeopathy. Homeopath is currently the third most prevalent medical treatment approach in India, after allopathy and Ayurveda. There are presently over 200,000 registered homeopathic physicians, with roughly 12 00.

Homeopathic remedies are made up of trace amounts of proven medicinal components sourced mostly from plants, minerals, and animals. They are administered in such small dosages that they are non-toxic and extremely safe. Unlike antibiotics and other medications, homeopathic medicines do not impair digestion, do not reduce immunological resistance, do not cause allergic responses, and are long-term safe if used as advised by a certified homeopath more being recruited each year.

Homeopathy is a powerful and quick-acting treatment:

Homeopathic therapy works quickly to restore maximum health. Homeopathy has been demonstrated to be effective in both acute and chronic conditions.

Homeopathy is a Natural and Scientific Medicine:

Homeopathy is based on the therapeutic principle of nature, which claims that “Like Cures Like” (The Law of Similar). Homeopathy has a long history of healing and is presently the most popular holistic therapy in the world.

Homeopathy for All Stages of Life:

Homeopathy treatments are suitable for everyone because there is no risk of toxicity or negative effects. Homeopathy is suitable for all stages of life, including pregnant and nursing moms.

Homeopathy is a safe and effective technique that may be readily integrated into the arsenal of a practising doctor as either first-line therapy or supplemental treatment.

Thus, this write-up with guide you about the different benefits of homeopathy. Make homeopathy as your first choice to lead a healthy life.

[Cautionary note: In all of the above cases please consult a practicing specialist & get checked before taking any medicines.]

Disclaimer: This article is only written for informational purposes only. Users must not view the content as medical advice in any way. Users are also required to ’NOT SELF MEDICATE’ and always consult a practicing specialist before taking any medicines or undergoing any treatment. DivyaAyushCare and the author will not be responsible for any act or omission by the User arising from the User’s interpretation of the content. 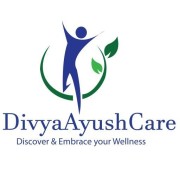 We love to write about topics related to health and wellness on this blog. We try to cover a wide range of topics, including nutrition, exercise, mental health, and overall well-being but it is always a good idea to consult with a qualified healthcare professional for personalized advice.

All About Irritable Bowel Syndrome

Is Okra Water Healthy? Its Benefits and Uses

CBD and Hemp: 10 Indian Brands that are Responsible for the Rising Popularity of Hemp-Based Products

The Magic of Vata Yoga

Please consider supporting us by disabling your ad blocker